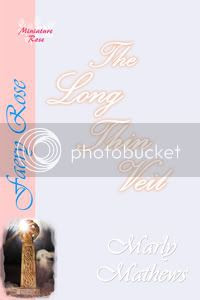 The Long Thin Veil
Megan Rose MacLeod is a witch whose day of reckoning is at hand. After asking for a favor years ago, it is now time to repay her debt. All Hallows Eve, and the time where the thin veil between realms will slip away, and her Aunt Rose is sure they will need protection against any evil spirits. Her aunt also believes Megan should forget her foolish vow from years prior but she signed a magical document and that meant something. Tieran Fairlove is certain that the woman he has searched for all his life, to be his mate, is Megan. As King of faeries, he remembers the first time she came to him and now he expects her to repay the good deed she was granted. Megan decides she must meet Tieran. He is in love with her and tries to assure her she feels the same for him, even though she can't admit it. In the midst of events the veil of the worlds begins to lift and Megan finds her village under attack and she begs Tieran for his protection. Her family has told Megan that he is a monster, but after everything begins to come to a close, she sees that he is nothing like the others expressed.

The Long Thin Veil is a cleverly composed story with refreshing characters that lend pleasure to the tale. Megan's bravery shines throughout not only facing up to her debt but standing up and believing in Tieran. He is a sweet and caring soul that shows much compassion and warmth. Marly Mathews takes a story of two people that are meant to be together but have yet to really figure it out until history brings them back together and they discover a love that was meant to be. They both share something that no other understands in this easy flowing dazzling tale that leaves a smile on this readers face. 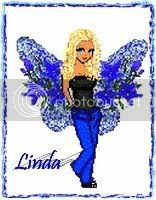 You can read the review at Fallen Angels by following this link,


I have to say a big thank you to Linda L. at Fallen Angels Reviews for such a fantastic review!

Posted by Marly Mathews at 5:47 AM

Thanks, Ellen. :) I'll head over to your blog now to see what I've been tagged for...LOL

I read this over on TWRP, but I just wanted to hop over and say what a wonderful review, Marly!

Thanks so much, Scarlett. That's so sweet of you. :)